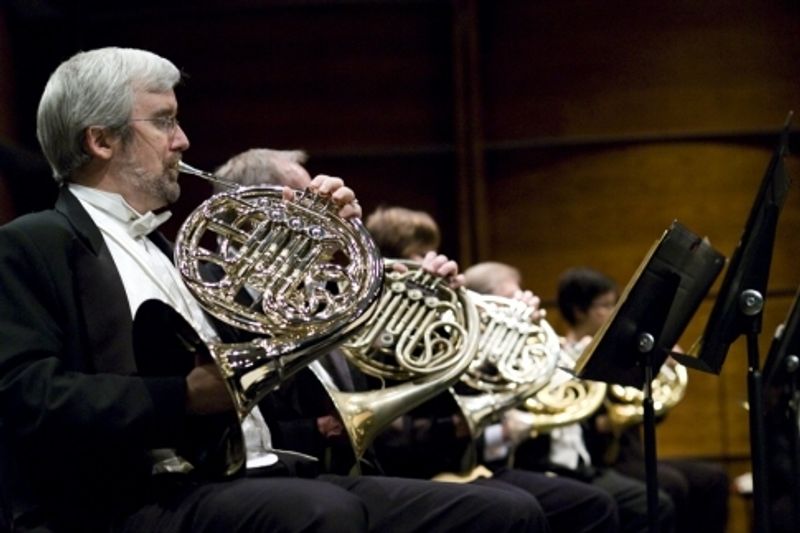 Sometimes, you’ve just got to get to the root of things. The roots of both the Oklahoma City Philharmonic and the Tulsa Symphony Orchestra lie in the meanings of the words behind the music. The Greek roots of “philharmonic” mean “music-loving” and those of “symphony” mean “sounding together.” Both of Oklahoma’s premier musical assemblages truly excel at sounding together to share their love of music with the state’s audiences.

The Oklahoma City Philharmonic, led by music director Joel Levine, has graced the state’s capital city for more than 20 years, although earlier incarnations of serious musicians playing serious music began here as early as 1924. Maestro Levine has won many international awards and has collaborated with major musical figures from around the world.

Presenting three series to choose from – Classics, Pops and Discovery – this group of über-talented musicians provides many hours of musical bliss during its season, which runs from September through May. The kinds of music at Classics concerts may seem obvious, but each season’s range is impressive with audiences hearing music by the likes of Stravinsky, Dvorak, Rachmaninoff, Wagner, Beethoven and, to showcase a more modern classic, the always-crowd-pleasing Gershwin.

In Pops performances, audiences might groove to the music of The Beatles with renowned tribute band Classical Mystery Tour or hear Oklahoma’s own Kristin Chenoweth, among many other talented vocal and instrumental musicians who focus on jazz, show music and other selections that put the “pop(s)” in “popular.” While in Discovery mode, the orchestra entertains and educates, crafting programs that will please the younger set and allow for family bonding through music.

The Oklahoma City Canterbury Choral Society performs with the Philharmonic each season, showing that the human voice can be an instrument as powerful as those made from wood or brass – and that in the voice and instrument connection lies harmonic completion.

In Pops performances, audiences might groove to the music of The Beatles with renowned tribute band Classical Mystery Tour or hear Oklahoma’s own Kristin Chenoweth.

Civic Center Music Hall in downtown Oklahoma City, which shines as a result of a $50 million renovation in 2001, is home to the orchestra and the site of all its concerts. In the Music Hall’s lovely urban setting, you can walk to restaurants like the Museum Café just across the street at the Oklahoma City Museum of Art, or drive to the Bricktown Entertainment District for pre-concert delectation.

Tulsa Symphony Orchestra manager and executive musician Tim McFadden calls his superior group of musicians “the keystone of the arts in Tulsa” because its members also play in the orchestras for the Tulsa Ballet, Tulsa Oratorio Chorus, Tulsa Opera and Tulsa's Light Opera Oklahoma. Tulsa Symphony Orchestra’s executive director since 2008, Ron Predl, is emeritus professor of music at the University of Tulsa.

Like that of its Oklahoma City counterpart, the Tulsa Symphony’s concert season runs from September to May. Tulsa Symphony Orchestra began in 2005, although a previous Tulsa Philharmonic had played 53 seasons, beginning in 1958.

The Tulsa Performing Arts Center, designed by Minoru Yamasaki, who also designed New York City’s former World Trade Center towers, is home to four theaters in addition to a studio space and a large reception hall. The Chapman Music Hall seats almost 2,500, making it an ideal venue for the well-attended Tulsa Symphony Orchestra performances. And within walking distance or a short drive of the Center’s downtown location are too many restaurants to name.